The 9 Stellars villa for sale in District 9

THE 9 STELLARS VILLA FOR SALE

The latest price of The 9 Stellars updated VILLA from the investor Ngan Thanh ranges from 5500 USD / m2. Specifically:

In particular, the project is also guaranteed by Sacombank to support loans up to 70% of the value of the apartment, the loan term is up to 20 years of monthly payment, low interest rates help customers in need of installment purchase apartment. 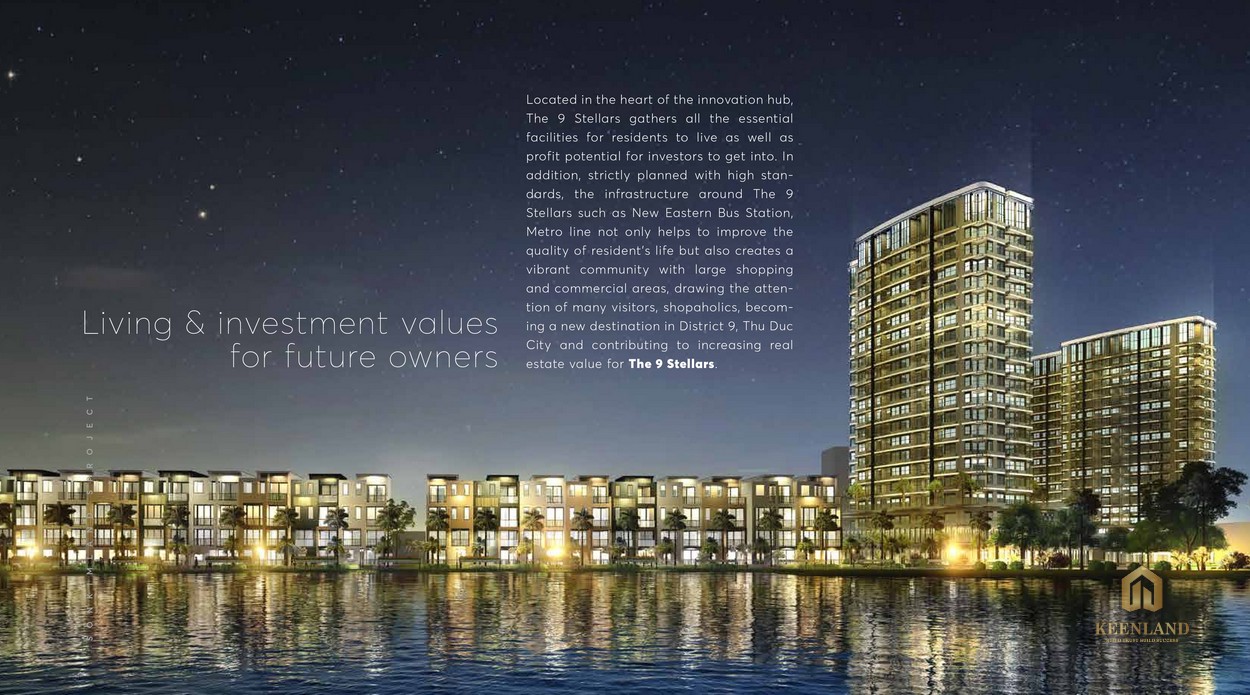 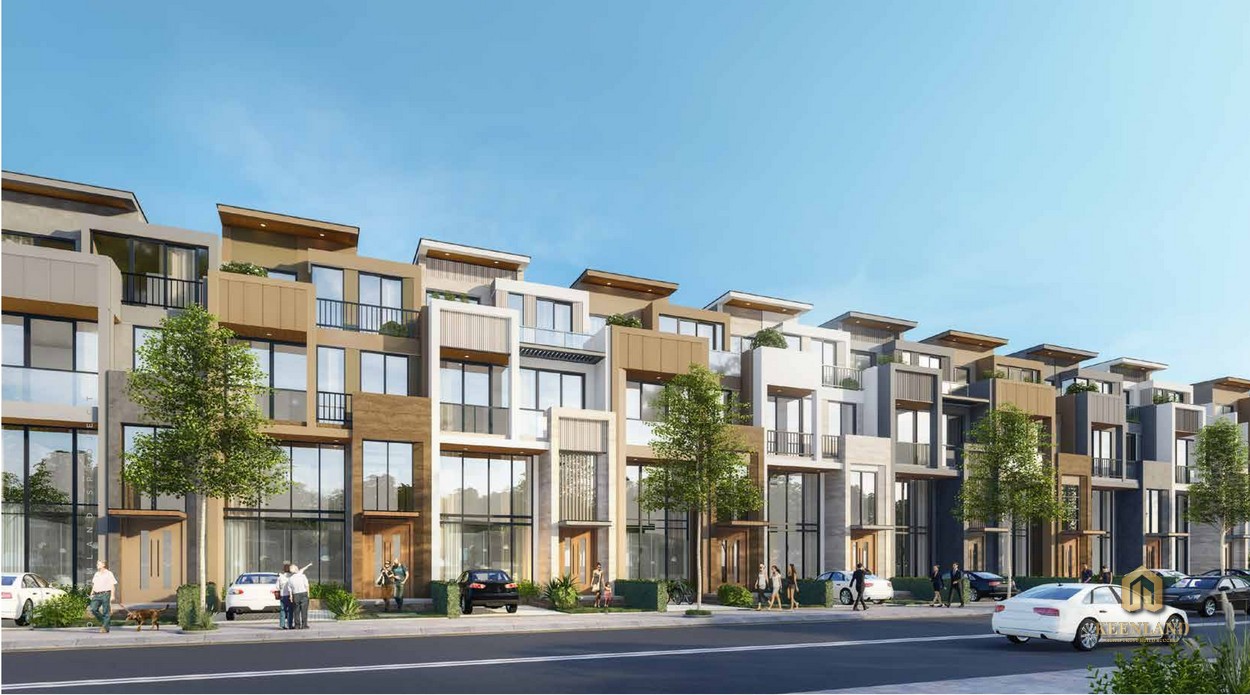 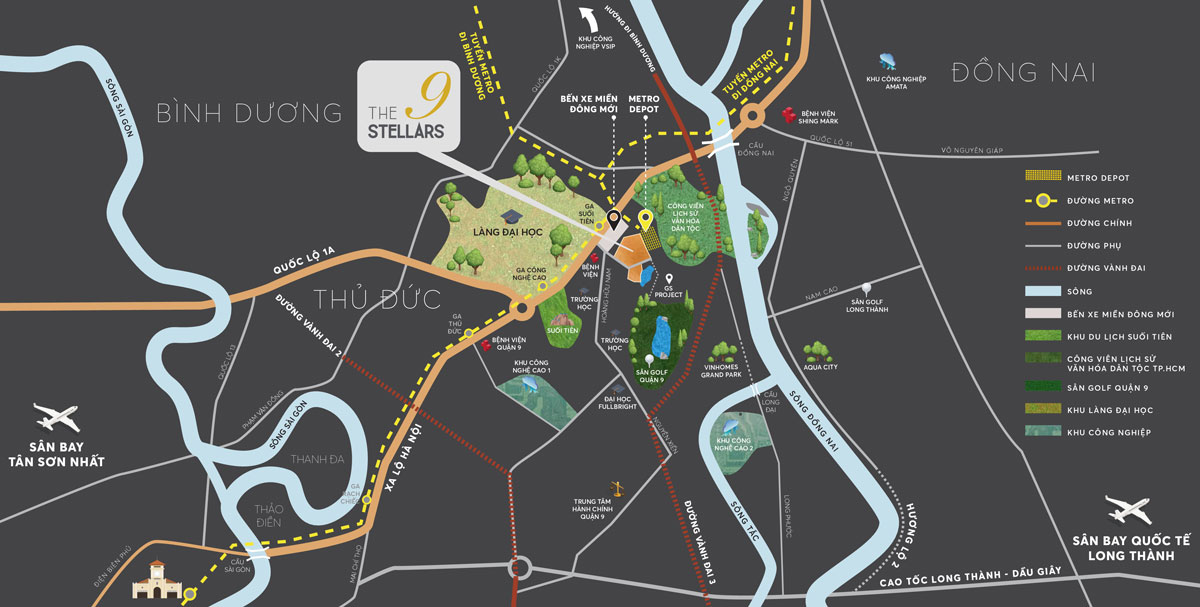 THE 9 STELLAR SON KIM LAND PROJECT DISTRICT 9 is located in Long Binh Ward, District 9, Thu Duc City, this is considered the golden location of the City. It is located adjacent to the National Cultural Park, the Eastern bus station and opposite the famous university village.

Besides such ideal locations the THE 9 STELLAR project is adjacent to the golf course in District 9 and opposite MetroLine and the new bus station in District 9. With this location, the project will certainly attract a lot of customers looking to live and work here.

Speaking of Thu Duc, everyone can know the development of this city. Thu Duc is a Smart city, is planned and developed entirely according to the most modern and advanced technology. The city is considered as “Future City” that can replace old Saigon.

THE 9 STELLARS SON KIM LAND PROJECT DISTRICT 9 is located adjacent to the East Bus Station has created huge benefits for this project. The future here will be the heart of the city. The bus station is developed and planned by SAMCO, and is designed according to standards with Western countries. The future will become the busiest commercial center in the city.

WATCH HOME FOR FREE AND FAST 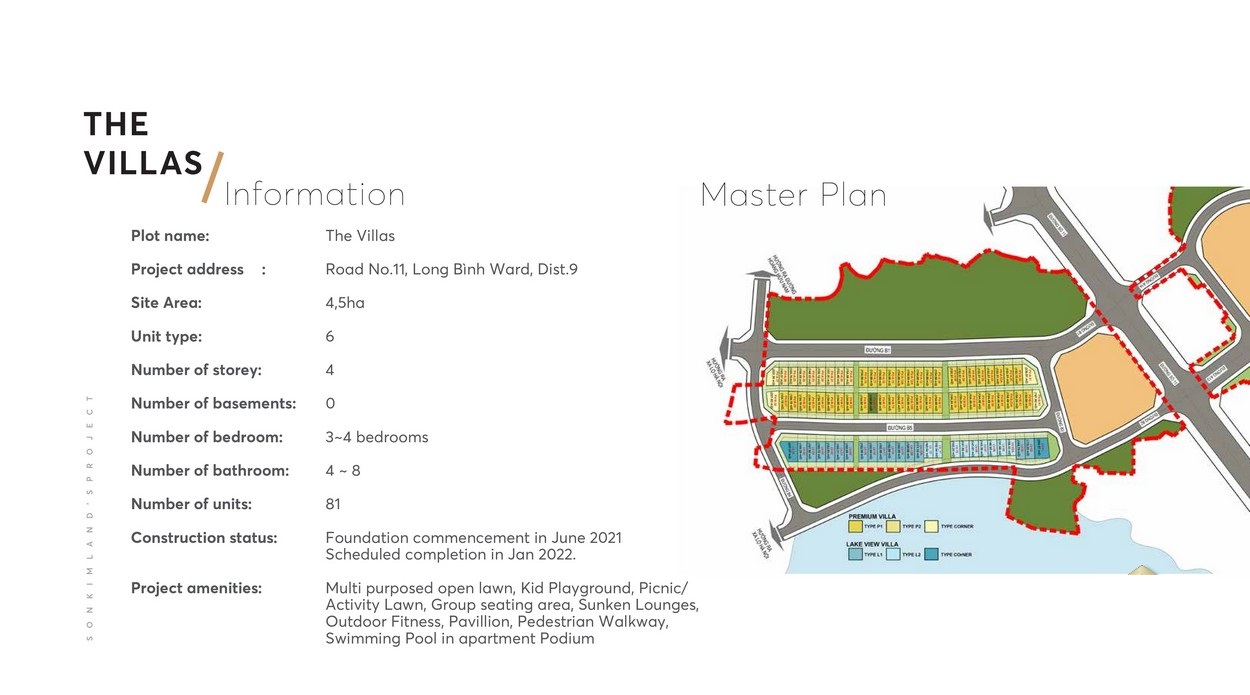 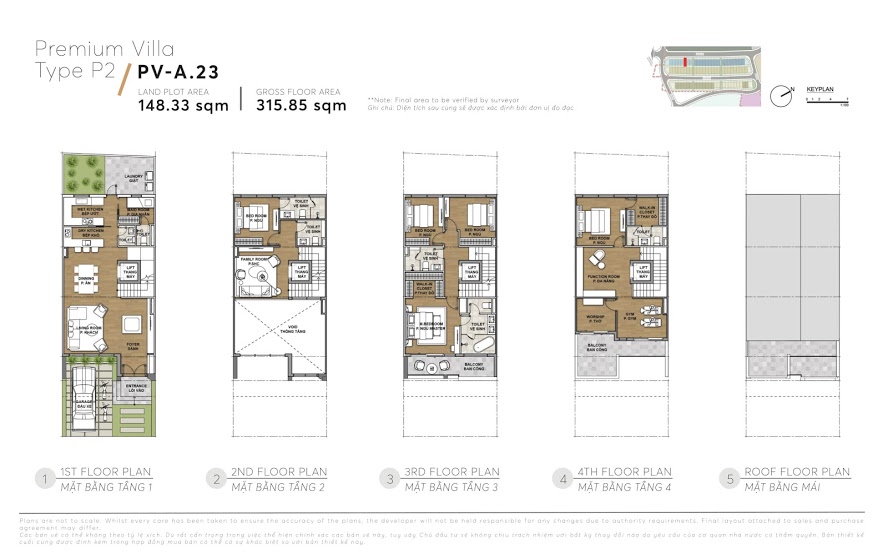 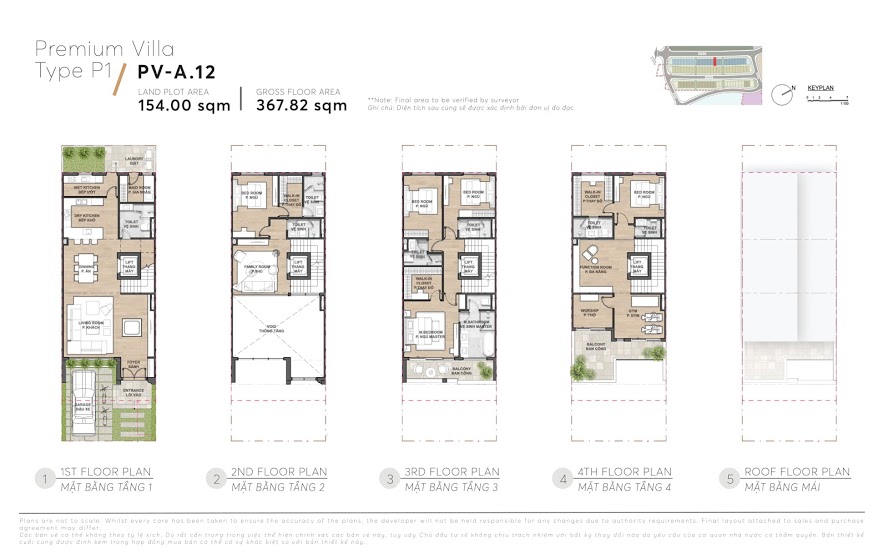 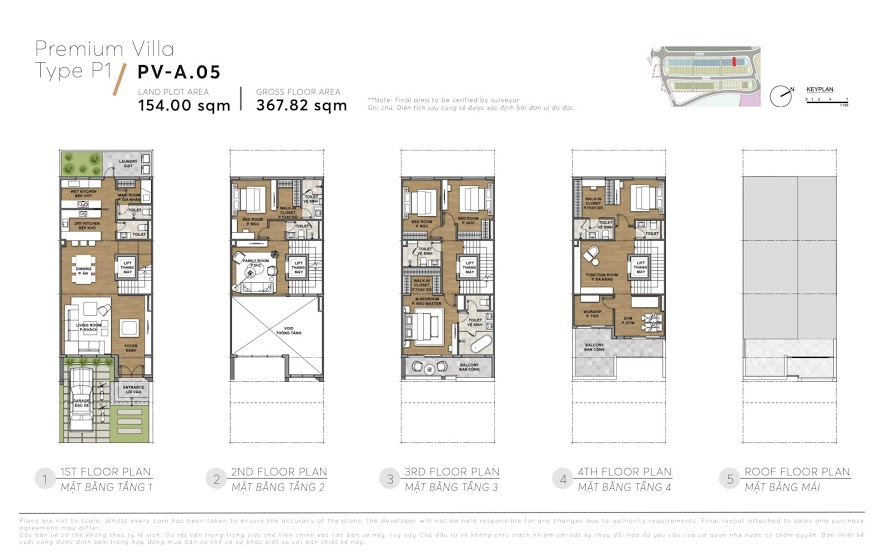 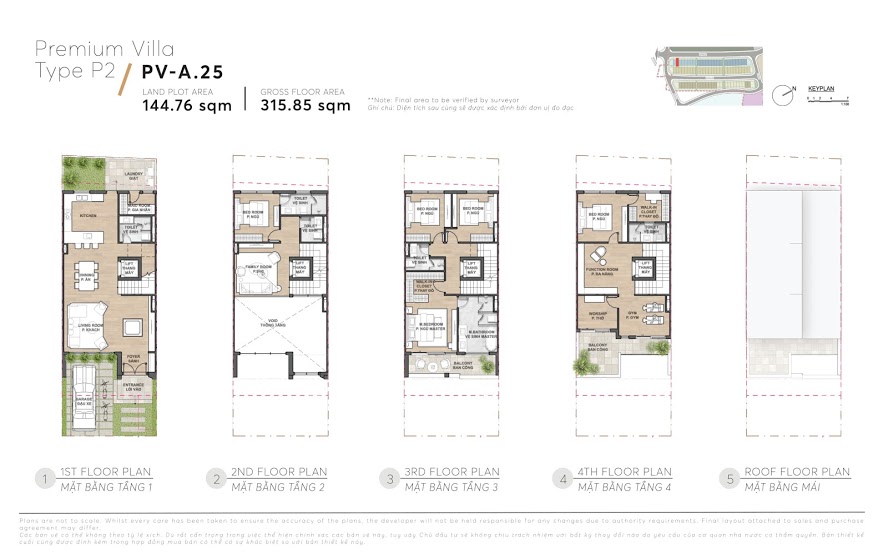 Coming to THE 9 STELLARS project, visitors will experience countless 5-star facilities here. After the chaos in a noisy and busy life, you have the most peaceful moments of relaxation at THE 9 STELLARS project. This project promises to give visitors the best tourist destination that other places cannot have.

In addition, the city’s infrastructure is very modern and advanced. Main roads and Belt development in the nearest future. Trucks and containers will be traveling in separate lanes, not going into the city center. This helps residents to travel safely many times. This will definitely attract a large number of tourists to this place. 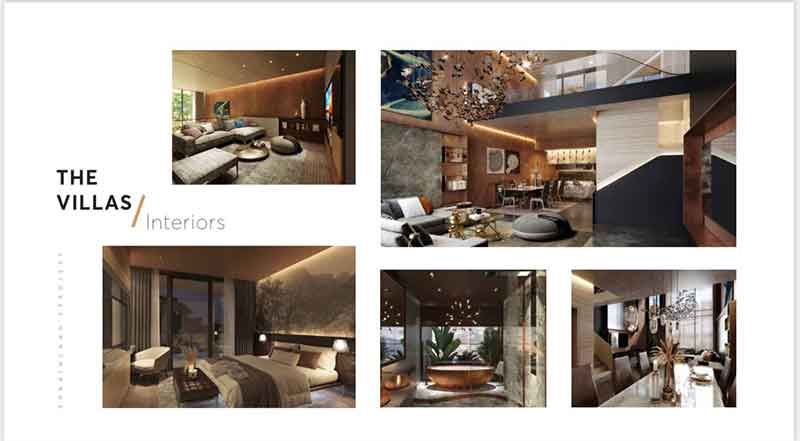 UTILITIES OUTSIDE THE PROJECT AREA 9 STELLARS In addition to the rich 5-star facilities owned by the project, visitors coming here will be able to visit and shop at the external facilities mentioned as: 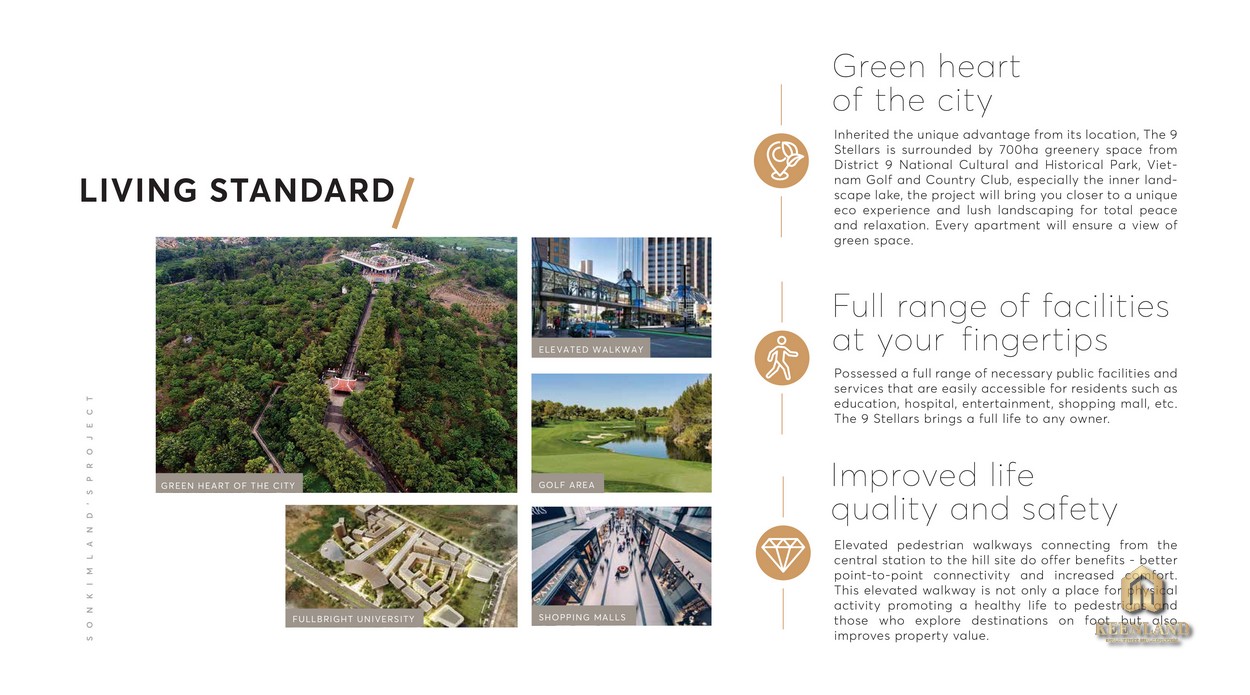 Payment method for that project is a 2 billion deposit from the customer for villas and 25% payment after 14 days. For the apartment, the deposit will be 100 million. In addition, the project will be supported by the bank to lend up to 70% of the apartment value. If you have any questions, please contact the sales department: 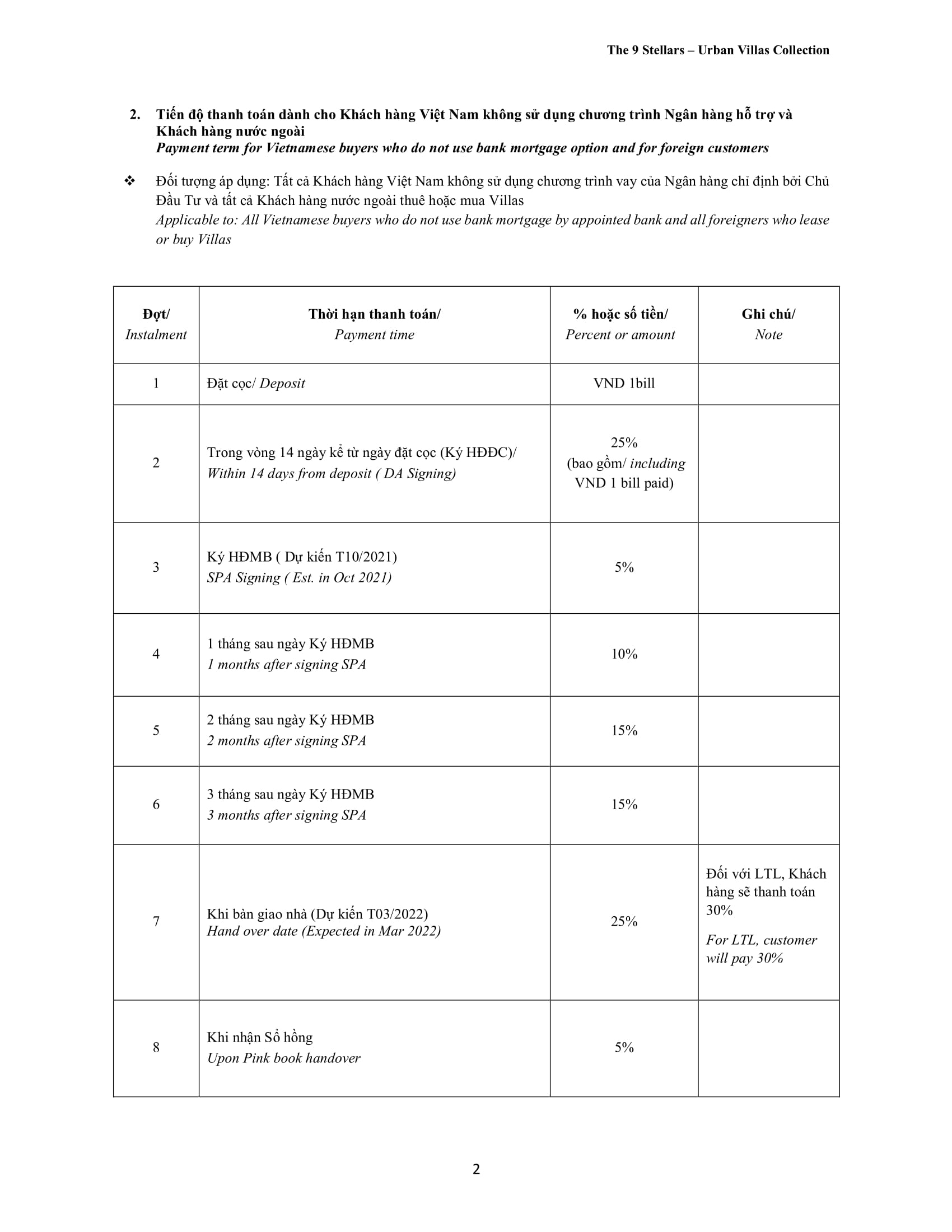 BELOW ARE SOME OF THE 9 STELLARS VILLAS PRODUCTS FOR SALE

The 9 Stellars Villa for sale in District 9 is only from 14 billion, up to 70% loan support

Villa in district 3 for rent

Apartment for rent in district 1

Apartment for rent in district 2

Apartment for rent in district 3

Apartment for rent in district 4

Apartment for rent in district 5

Apartment for rent in district 7

The Everrich
Lu Gia
The Flemington